This year, Lower Price Hill and Santa Maria’s nonprofit partner, Community Matters, were selected as the recipient of the annual Community Makeover project in Cincinnati. July 28, 2016 marked the much anticipated event sponsored by P&G, the Cincinnati Reds Community Fund, and the Cincinnati Zoo and Botanical Garden.

Close to 400 volunteers from these agencies and their partner organizations worked throughout the day to improve three major neighborhood locations in Lower Price Hill, including renovations to the former Espy Boys & Girls Club, now the Joe Williams Family Center, a program of Santa Maria in partnership with Community Matters. Named after major Santa Maria supporter and Chairman of the Board of the Cincinnati Reds, Joe Williams, the Family Center was originally gifted to Santa Maria’s partner and neighboring organization, Community Matters, who in turn offered the gift to Santa Maria as a replacement to their current Youth Development building which consisted of three small rooms in a once-housing development.

“Having Joe’s name on this building is really satisfying to me,” said Jim Holmstrom, Program Director of Santa Maria’s Youth Development program. “So many people know him as the Chairman of the Board of the Reds, but I knew him as the guy who came in every week to help me do a youth group, he and his buddy Andy Espy. I think it’s just really wonderful for me to see Joe’s name up there. I can’t think of anybody’s name I’d rather have up there.”

The Family Center will provide a larger facility and learning space for Santa Maria’s Youth Development program and will offer a place for other organizations to host group meetings. The new building includes a gym, tutoring center, kitchen, enhanced grounds and more. Santa Maria will be hosting an open-house later this summer to introduce the fully renovated Family Center to the community. The receival of the new building nicely coincides with the anniversary of Santa Maria’s 50th year in Price Hill.

A ribbon-cutting ceremony was held on July 28th in the Lower Price Hill community garden to dedicate the three locations. During the dedication, P&G and the Cincinnati Reds Community Fund awarded Santa Maria $35,000 for its future work with Youth Development.

“I’m thrilled at the prospects we have for the new building,” said Holmstrom.  “I’m humbled by all of this and by the generosity of everyone, every one of you who put this work in and volunteered your time into doing this work today to make this neighborhood a better place. I’ve never been more hopeful for this community.” 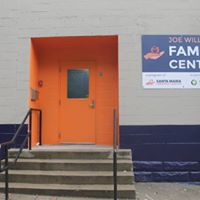 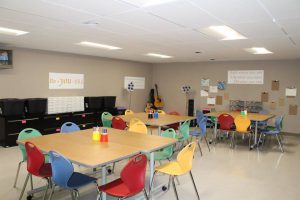 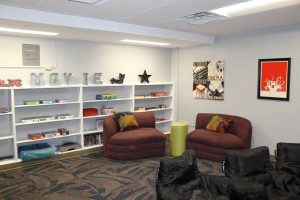