After spending months in preparation and pledging money, Scripps Howard Foundation partnered with The E.W. Scripps Company employees for the “If You Give a Child a Book” campaign. As part of National Reading Day, employees of both companies distributed thousands of books to children in need all over the country. In total, the campaign raised about $143,000, all of which was used to purchase Scholastic books. 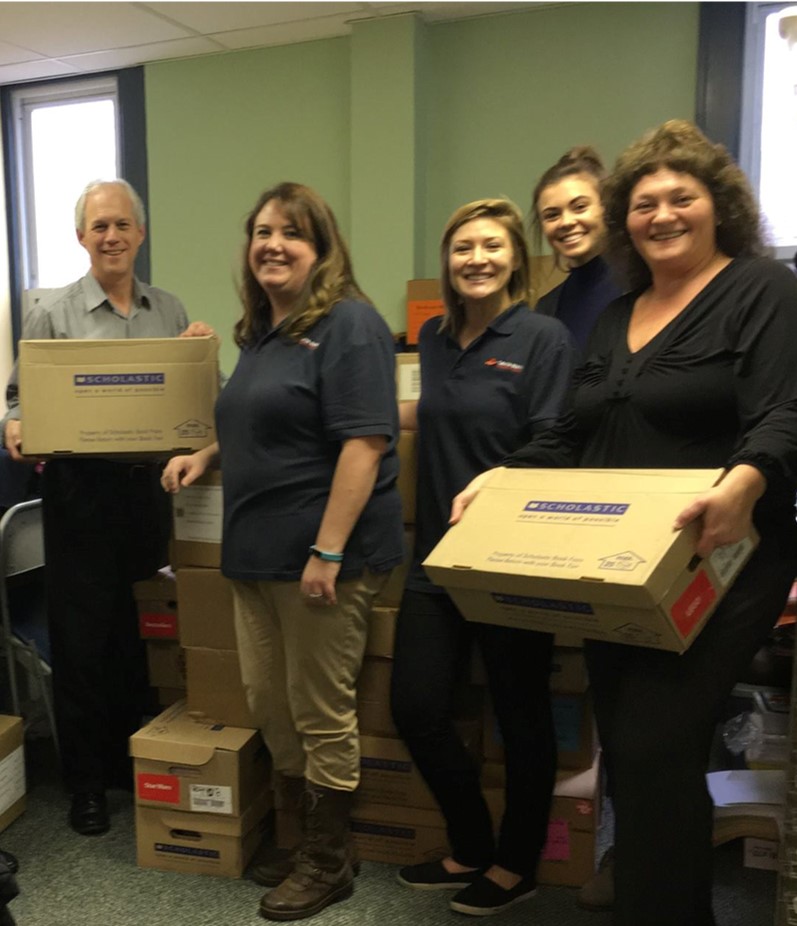